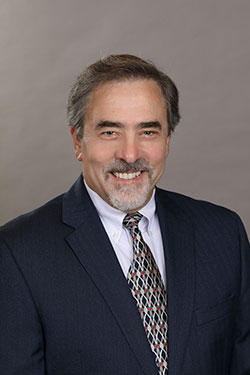 Mr. Kaseff joined GreatBanc Trust Company in 2011. Prior to joining GreatBanc, Mr. Kaseff had more than 20 years of experience as Chief Financial Officer for both publicly traded and privately held companies, primarily with a marketing services firm partially owned by its ESOP. Mr. Kaseff initially served as that company’s internal ESOP trustee, and later managed the firm’s sale to a publicly traded company, ultimately overseeing the plan’s termination and final distributions.

As an attorney, Mr. Kaseff practiced law at the New York office of Weil, Gotshal & Manges LLP, where he focused on public and private debt and equity offerings, and mergers and acquisitions. Prior to his legal career, Mr. Kaseff passed the Uniform Certified Public Accountants examination and worked as a staff accountant in the Indianapolis office of KPMG.

Mr. Kaseff received a bachelor of science in accounting from Indiana University and a juris doctor from New York University School of Law, and is admitted to the New York State Bar. He is a member and former chair of the ESOP Association’s Finance Advisory Committee, and is a frequent speaker at ESOP conferences nationwide.

PUT THE POWER OF GREATBANC TO WORK FOR YOU